5 benefits of running with a group

This morning I had my very first running event in New York City. With a group of 30 runners we met at Central Park for a 5 mile loop through the hilly course of the city’s most beautiful park. Runners from all fitness levels showed up.

Absolute beginners, marathoners and the casual Sunday joggers. People say, that running with a group makes you a better runner. Group runs are super inspiring and motivating as well. Here are the five benefits of showing some love with a group.

Benefits of running with a group 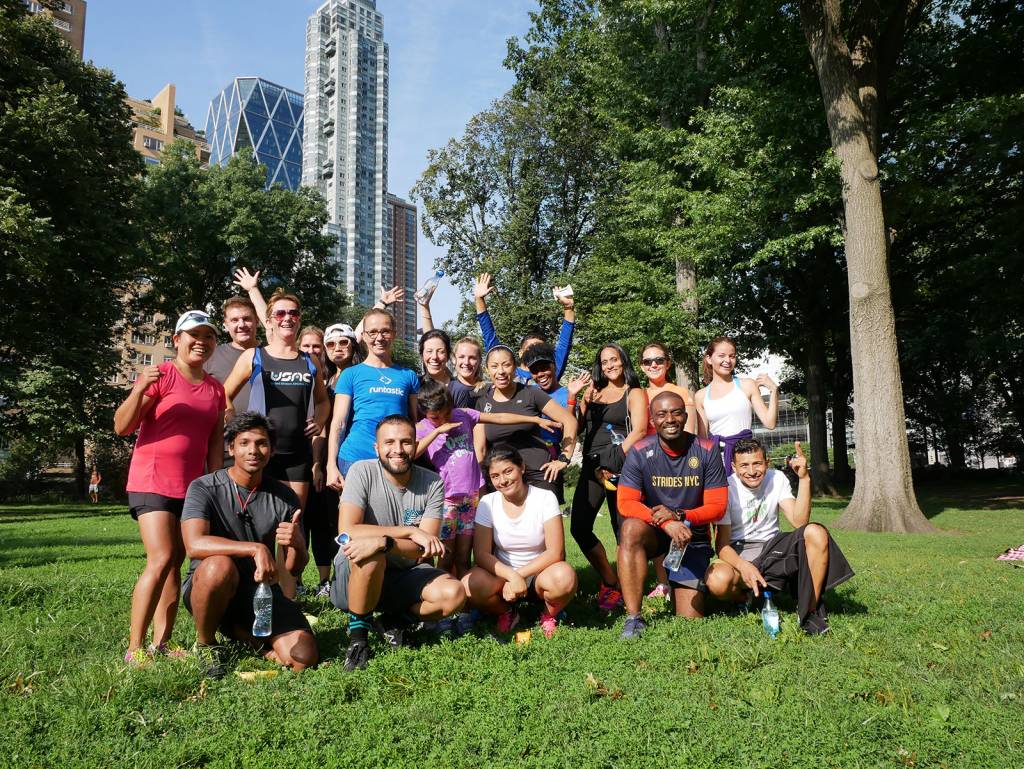 When the little voice in your head tries to convince you to skip today’s run your running group will hold you accountable. One of the biggest gifts running partners give you is accountability. When there are others counting on you, it’s even harder to not show up to your group run. Most people stop running or working out in general because of a lack of accountability.

There is no better motivation than running with a group because there is always someone who is faster, ran  more races than you did, or is fitter than you are. This will encourage you to give 110% while you’re running with the group. Group runs are also a great way to bound with the other runners.

Everybody knows what the other person is training for right now. So the next time you will run a race you have a whole group of people cheering for you which feels extremely motivating as well.

You only become a better runner if you practice and keep training. For people who have issues with motivating themselves a running group will help a lot. Having a regular (weekly, or daily) meet up with your running group will give you consistency and make sure that you will stick to your training.

Running with a group even benefits on a psychological level. The term is called “social facilitation” which basically means that running in a group helps you to put in more effort than you usually would. Running with others makes you keep up with them and also helps to run faster.

Today I met a woman who never ran more than 3 miles before. She ended up doing 5 miles with a short sprint in the end. This is exactly what group runs do to you – that let you get out of your comfort zone.